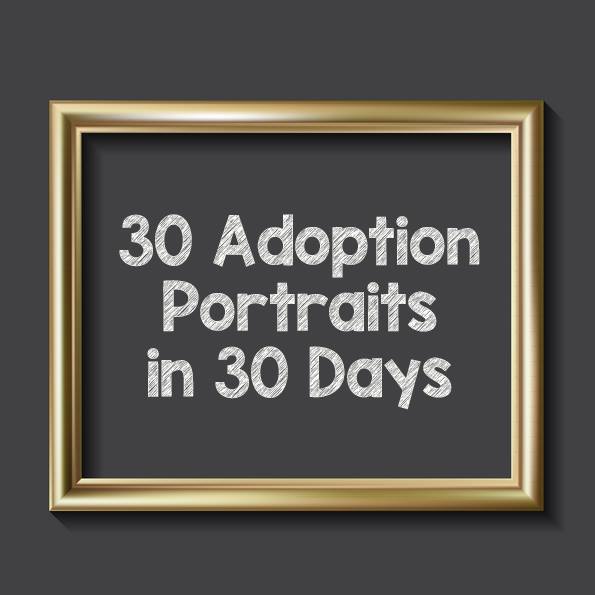 Welcome to 30 Adoption Portraits in 30 Days, hosted by Portrait of an Adoption. This series will feature guest posts by people with widely varying adoption experiences and perspectives.

I wrote my first essay for Portrait of an Adoption back in November 2012 and I am thrilled to write an update on what has transpired since I wrote, “Opening a Can of Worms”. In that essay, I touched on how I started on my journey to learn my background as an adoptee and what happened as a result of my search.

It has been fourteen years since I started on the path to learn about my background as an adoptee. I never imagined that my search for my birth parents, David and Monika, would lead to contentment with my place in the world. It also has been a very thought-provoking process that has evolved over time as I have shared my story with friends and family.

What has stood out the most is the reaction of people when I tell them that my mom, Gloria, and my birth mother, Monika, are extremely close. I love that they have such a special connection because they both had a part in creating who I am today.

People react with incredulity when I tell them that Gloria and Monika talk on the phone all the time and love to get together as often as they can. I am fascinated by their reaction and can only speculate why they react the way they do.

It is my opinion that media does not do birth mothers, birth fathers, adoptive parents, and adoptees any favors by portraying adoption in a negative light. I grew up with the stigma of being adopted and received glances of pity when I let someone know I was adopted. It made me feel as if I was supposed to be ashamed though I had no reason to feel that way.

To be fair, it also did not help that I am also a person who has been deaf since birth and that surely has garnered a fair share of pity as well. Personally, I think adoption should be celebrated rather than be swept under the rug.

On that note, November is National Adoption Awareness Month. I was adopted in 1971, which meant a closed adoption. Keeping everything under wraps was the norm back then. I like to think that society has come a long way since then to allow open adoption. I think open adoption is a win-win situation for everyone, although not everyone may see it that way. There are many parties involved and it is a very complex situation for everyone but with an open mind and clear understanding, adoption can be a very positive action for all involved.

At the time when I first made contact with Monika, my husband Loren and I were still living in Los Angeles.  Monika lived on the east coast. The distance made it difficult for us to see one another but we tried to visit in person as often as we could.

David and his wife, Thea, came to Los Angeles often and we were able to visit with them which was wonderful and helped to strengthen our relationship over the years. We have learned over the years that when we congregate together, we love to cook up a storm in the kitchen while sipping on cocktails. We have exchanged many recipes and given cookbooks to each other as gifts.

I have also learned that I inherited the bookworm gene from David. I love learning little details like that because I always wondered where I got my love of books from when I was growing up.

Being on the east coast also has allowed me to be able to visit with family, both biological and adoptive, that I would otherwise not be able to see if I still lived in Los Angeles.

Sadly, at this time, due to COVID-19, we are not able to visit family, but I look forward to the day when it is safe to congregate together again someday. This is just a side note but I have to note that as a person who is deaf, this COVID business has sucked beyond belief because I cannot lip-read anyone wearing a mask. As a result, I have become somewhat of a hermit.

In reflecting on the original reason why I started the search for Monika — which was for health reasons — I now realize that I have come full circle. In October 2019, I was diagnosed with Atypical Ductal Hyperplasia (ADH) and Lobular Carcinoma in situ (LCIS). It sounds horrible but essentially it is a pre-cursor for cancer and it does not mean I have cancer, much to my relief.

I was able to share this information with my daughter, Talia, and my two sisters from Monika to enable them to take proactive steps. I also let David know, and he was able to pass on the information to my brothers, even though it is not as relevant because of their gender, but one never knows if that information might prove to be valuable someday.

In closing, I have no regrets at all about how everything has transpired since I sent in the paperwork to the New York Adoption Information Registry.

Because of COVID, I’m now curious about how many days have passed since a certain date. I received my first email from Monika on December 16, 2006 which means at the time of this writing, 5,045 days have passed.

That is a lot of days, and I look forward to having a lot more days pass by as we continue on this path that we’re on. I’ve always told people that my philosophy is “Carpe Diem” because life is definitely too short not to make the most of it. In COVID times, I think that especially rings true.

Bonnie Schwartz is now back in NY where she belongs. She spends her days working through data as an analyst which she loves. In her spare time, she reads cookbooks as if they’re novels.