But First, There Was That Goodbye Kiss On The Forehead. 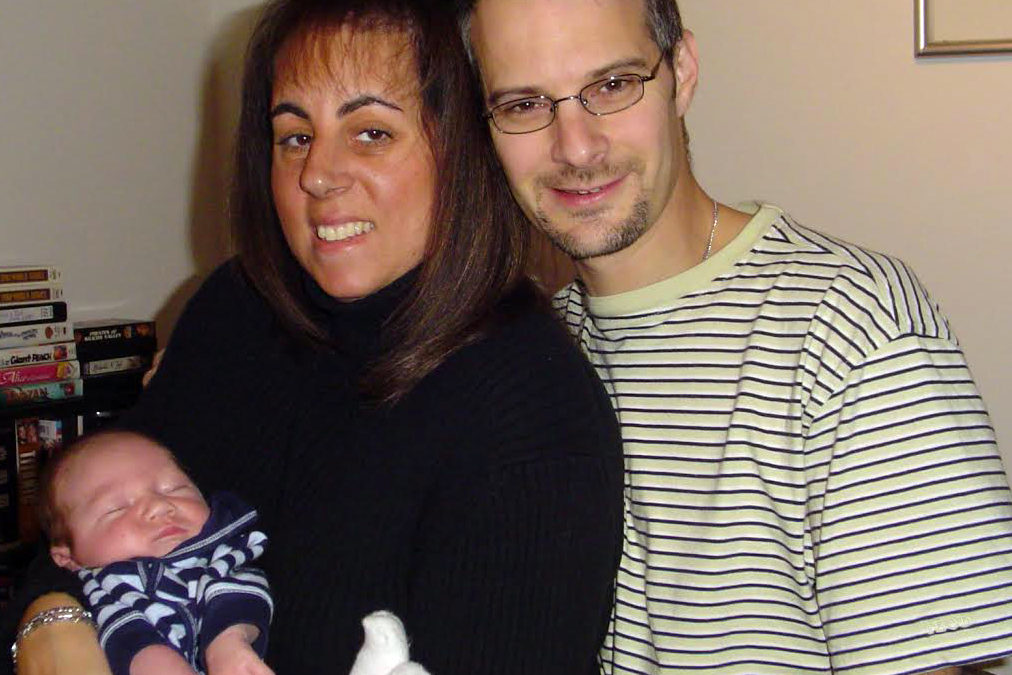 In honor of November being National Adoption Awareness Month, Portrait of an Adoption is hosting the fourth annual acclaimed series, 30 Adoption Portraits in 30 Days.  Designed to give a voice to the many different perspectives of adoption, this series will feature guest posts by people with widely varying experiences.

Her three-year-old daughter placed a gentle kiss on the forehead of our eight-day-old son, S, and then we parted ways.  It may have been the only time the birth siblings would ever meet.

That was eight years ago. Since then, we haven’t spoken to our son’s birthmother J, her precocious daughter or her understated son, who was about two years old at the time. While we have no reasons to be concerned that J is not okay, my wife and I often think about J and her family.  We wonder where they are living, if they are well and if J married her boyfriend, as she had sometimes talked about.

In the beginning, our lives didn’t yet include J.

After a couple of fall throughs in the adoption process, we were informed of a “situation”, a term we used to downplay our emotions, when we found a birthmother with compatible adoption plans.  We learned about J, who was newly pregnant with two young kids and a recent injury that had caused her to lose her job. She was homeless and desperate for the immediate support of prospective adoptive parents.  Our lawyer advised us of the inherent risks of the situation. Considering J’s current predicament, and with over six months left until the birth, the chances were significant that her adoption plans might change.

Yet after a one-hour call with J, we knew this connection was right – or at least, that’s what we convinced ourselves, because there was really no way we could know.  After years of trying to plan a family, the word “risk” tends to lose all meaning.

To spare you further anxiety, I’ll tell you that it all turns out better than we could have ever imagined.  That’s not really what this story is about.

We were hoping to adopt a newborn so that we could experience all phases of parenting.  In Canada, such available “situations” within our borders are extremely limited, so we looked towards the United States to complete our plans.  Other than that, we were open to whatever came our way.

It was St. Patrick’s Day when we got the call from Southern California, and just days later, we visited a small inland town and met J, 33, and her two children, who seemed to bond instantly with us.  J also had three other children who were not in her custody, and there was no birthfather in the equation; her story was complicated.  Adoption stories often are.

J had been faced with many challenges in her past, and although she had struggled, she had also made some very courageous decisions.  We very quickly learned how smart, strong and determined she was and how important this adoption process was to her.  Focused on our own fears and concerns, we didn’t fully comprehend what the stakes were for J.

We were diligent in ensuring that she had the supports she needed to cope with her pregnancy while caring for her two children, and we helped her find a new home in a community where she felt safe.

During our visit, we took her to her first sonogram appointment.  With her, we heard the baby’s heartbeats and learned the gender. J helped us to experience every facet of parenthood, even in adoption.

Benefitting from more stabilization and support, life began to change for J and her family.  J became reacquainted with an old boyfriend (not this baby’s birthfather) who was loving and stable, and she was able to immerse her children into a happier and healthier environment.

In the subsequent months leading up to baby S’s birth, my wife and J kept in close contact and spoke often on the telephone, providing mutual support that went beyond topics surrounding the adoption.  J asked my wife for advice on relationships, family, her boyfriend and more.  While our paths initially crossed because of what we didn’t have, we formed a lasting connection based on what we did have.

As the months passed before S’s birth, our comfort level grew from the strength that J offered.  J knew that it was important for us to be present for the birth, and she was diligent in making sure that we arrived in California with time to spare.

But perhaps she was too diligent!  Earlier than expected, we got a call from J that contractions had begun.  We dropped everything and hurried to California only to learn that it was only “false labor”.  In retrospect, we guess that J just wanted to spend some more time with us prior to the birth.  So we stayed and made arrangements to be away from home for a longer amount of time. It seemed important to her that we meet her boyfriend and that he was able to observe the strong relationship between me and my wife.

We spent the next two weeks furthering our relationships.  Spending afternoons with her on the front porch swing watching her children play with the neighbor’s kids, driving along with her as she brought her boyfriend’s dog to the vet, and enjoying some meals together with her and her boyfriend – all this seemed comforting for her.  For us, she demonstrated that she was settling back into a stable lifestyle, and we were thrilled to see it.

My wife and I were invited into the delivery room for the birth, along with J’s boyfriend who was there to lend support, but I politely declined an offer to cut the umbilical cord – a decision I feared I may later regret (I don’t).   At first, the situation felt awkward for me as I cowered in the corner, while trying to be as gracious and involved as possible.  As the minutes passed, however, I found myself comfortable with a unique perspective on the transformation that was occurring – and with greater clarity.

I’ll admit that I was concerned that during this emotionally bonding event, J and her boyfriend’s plans for the baby might change.  It is the undeniable fear of an adoptive parent, the anxiety that comes from loving a baby before he is even born. Throughout the preceding months, J always referred to the baby she was delivering as “your baby”, and my wife and I were the first to hold baby S.  J chose not to hold him.

We had the impression that J’s vision of moving forward in her own life may have included a future baby, perhaps with her boyfriend.  He may have been reluctant, but he was right there to watch our joy as our new family came to life.  Maybe that changed his mind.

Was that J’s hope?  We may never know.

My wife and I gathered along with J, her boyfriend, her son and daughter and our infant son, at a restaurant for a farewell dinner.  We were to head to Los Angeles the following day to collect our travel documents, and then to finally fly home.

It was there that J’s children saw the “new baby” for the first time. At their age, they were still oblivious to their mother’s pregnancy, the presence of their new Canadian friends and our son’s sudden appearance – and how it all connected.

J kept her distance from S, not even stealing a glimpse of him nestled in his portable car seat.  But the baby was a novelty to the kids, and they paid him much attention, making funny faces at him, gently caressing his hands, and trying to get him to speak.

This was truly a farewell dinner.  As per J’s wishes and our plans moving forward, this would likely be the final time we would see, or speak to, J and her family

Two families bonded together by one baby would be suddenly, but we all hoped constructively, nudged apart.  Two new families would emerge.

But first, there was that goodbye kiss on the forehead that is forever etched into my memory.

My son sometimes innocently asks for a sibling to play with.  When he does, I think back to that moment and consider the sacrifice those young children unknowingly made for each other, for their futures – and how important that sacrifice was.

It took me years of recollecting that single emotional and symbolic moment to understand the totality of what had really happened.

We were J’s compatible “situation”, just as much as she was ours.

Robert Livingstone is a sports business publisher and analyst, as well as a project management consultant who along with his wife, Hyla, raises a happy and energetic eight-year-old boy near Toronto, Canada.

This year’s Adoption Portraits series is filled.  You may send a submission for next year’s series to Carrie Goldman at portraitofanadoption@gmail.com.  Follow Portrait of an Adoption on Twitter and Facebook.

Check out Carrie Goldman’s award-winning book Bullied: What Every Parent, Teacher, and Kid Needs to Know About Ending the Cycle of Fear.